A prestigious US academic body has joined a growing movement to boycott Israel in protest at its treatment of Palestinians, in a move both welcomed and condemned in a bitterly divisive international arena.
The American Studies Association (ASA), which has more than 5,000 members, is the most significant US academic organisation to back a boycott of Israeli educational institutions following a two-thirds majority vote. Around a quarter of members took part in the ballot.
The ASA resolution was "in solidarity with scholars and students deprived of their academic freedom", the organisation said in a statement. It cited "Israel's violation of international law and UN resolutions; the documented impact of the Israeli occupation on Palestinian scholars and students; [and] the extent to which Israeli institutions of higher education are a party to state policies that violate human rights."
The resolution bans "formal collaborations with Israeli academic institutions, or with scholars who are expressly serving as representatives or ambassadors of those institutions".
The vote came amid renewed calls in the aftermath of Nelson Mandela's death for an international boycott drive against Israel similar to the anti-apartheid campaign.
Last week the major Dutch drinking water firm Vitens announced that it was severing commercial links, including joint projects agreed just weeks earlier, with Israel's national water company, Mekorot, in protest at its activities in Israeli settlements in the West Bank. "The company concluded that it would be very difficult to develop joint ventures together, considering the fact that they cannot be seen as divorced from their political context. We follow international law," Vitens said in a statement.
At the same time, the UK government issued an explicit warning to British businesses over the risks of involvement in Israeli settlements in the West Bank, including potential damage to a company's reputation. There were "clear risks related to economic and financial activities in the settlements, and we do not encourage or offer support to such activity," it said.
Earlier this year, the EU established new guidelines that prohibit giving funds, grants, prizes or scholarships to Israeli bodies with links to settlements in the West Bank, including East Jerusalem, prompting a furious response by the Israeli government.
The Palestinian president, Mahmoud Abbas, drew a distinction last week between boycotting products and companies connected to settlements and a more widespread boycott of Israeli institutions and goods. "We do not ask anyone to boycott Israel itself," he said in South Africa. "We have relations with Israel, we have mutual recognition of Israel." But, he added, "we ask everyone to boycott the products of the settlements".
The ASA move, which is not binding on its members, drew angry responses from Israeli ministers. "This is an unworthy act that does not dignify the association," said the science minister, Yaakov Peri. "To our regret, in the recent past we have seen numerous examples of the mixing of politics with science, and we are acting to eradicate those phenomena."
Avi Wortzman, the deputy education minister, also condemned the decision. He said: "This is a disgraceful attempt to meddle in the internal policies of the state of Israel under the guise of an academic debate and equal rights supposedly. The state of Israel grants all of its citizens an equal opportunity in the academic world and encourages the integration of minorities in academia."
Ronald Lauder, the president of the World Jewish Congress, said: "This vote to boycott Israel, one of the most democratic and academically free nations on the globe, shows the Orwellian antisemitism and moral bankruptcy of the ASA." The association was deeply biased and disconnected with reality, he added.
The Palestinian Campaign for the Academic and Cultural Boycott of Israel hailed the ASA's "refusal to be intimidated by the persistent efforts of defenders of Israel's regime of occupation, colonisation and apartheid". The move was "a significant step in the direction of holding Israeli institutions accountable for their collusion", it added.
The US-based Jewish Voice for Peace also welcomed the ASA's move, saying it represented a "significant milestone in the growth of the BDS [boycott, divestment and sanctions] movement in the United States". Boycotts to pressure Israel to abide by international law were not inherently antisemitic, it said.
The American Association of University Professors, which has 48,000 members, has rejected calls for a boycott of Israeli institutions. In the UK, the University and College Union supports one.
Earlier this year, the boycott movement claimed a major victory when Stephen Hawking pulled out of a conference in Israel in protest at its treatment of Palestinians.
Other British personalities who have declined invitations to visit Israel include Elvis Costello, Roger Waters, Brian Eno, Annie Lennox and Mike Leigh. Many others, however, including the author Ian McEwan, have resisted pressure to join the boycott on the grounds that it is ineffective or misguided. 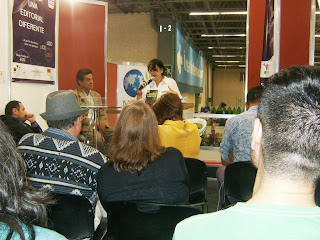 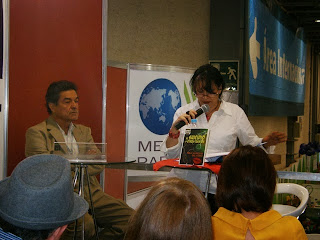 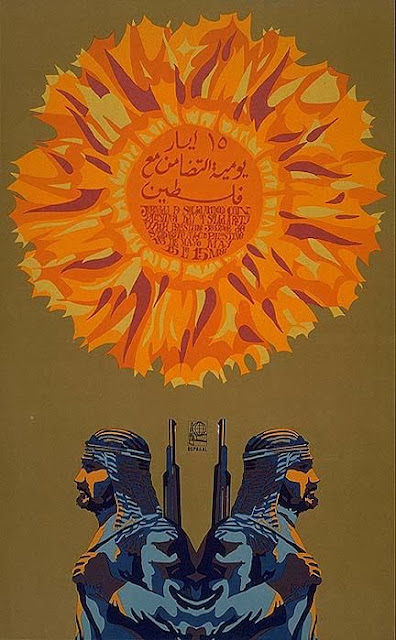 
Visible action? From its inception in 2005, the Boycott Divestment and Sanctions Campaign (or BDS), a call to boycott Israel, has served as a tool to strengthen civilian resistance against Israeli occupation; it is addressed to Israeli companies and products, as well as to cultural and academic institutions in Israel, who directly contribute to maintain, defend and hide the oppression of the Palestinians. Where is the call to boycott Israel’s presence as a guest of honor at the Guadalajara International Book Fair? Having Israel as a special guest at the Book Fair is an explicit politics of complicity with Israeli occupation: the participants are ambassadors of Israel, assistants are collaborators and part of the propaganda. As Jehan Helou, president of the Palestinian association IBBY (International Board of Books for Young People) wrote in a letter to the director of Guadalajara’s Book fair: “To have Israel as a guest is to award occupation, colonization and oppression; it is to help a racist state to whitewash its crimes against the Palestinian people. Shimon Peres, the war criminal, together with his delegation of businessmen constitute a black page in the history of culture.” Writers and thinkers with nothing to loose are needed like Aharon Shabtaï, Bertolt Brecht, Louis Aragon, André Breton, Jean-Paul Curnier, Juan Goytisolo, Mahmoud Darwish, Jean-Luc Godard…
Publicado por comiteinvisiblejaltenco en 9:14 No hay comentarios: